The Food and Drug Administration issued a guidance document to encourage abuse-deterrent opioids usage.
Elderly patients often suffer from several chronic conditions that may cause them significant pain. Recent findings report that 25%–50% of the elderly population living in the community suffer from pain conditions, a percentage raising as high as 70% of the nursing home residents (1). Pain treatment can be a challenge, as the most effective medications, the opioids (morphine, codeine, meperidine, oxycodone, fentanyl and hydromorphone), carry a risk of misuse, abuse and death. On the other hand, inappropriate prescription and ineffective pain management are also common issues as doctors often fear to prescribe opioids in sufficiently high doses (2). The World Health Organization issued a series of guidelines called the “analgesic ladder”, to define what’s the most appropriate treatment approach for any given patient and condition (3). However, many older adults may have other comorbidities that could prevent them from taking the lesser dangerous analgesics prescription such as the nonsteroidal anti-inflammatory drugs (NSAIDs). These medications could also be contraindicated because of drug-drug interactions (for example with blood-thinners), or specific adverse reactions such as gastrointestinal bleeding (4). 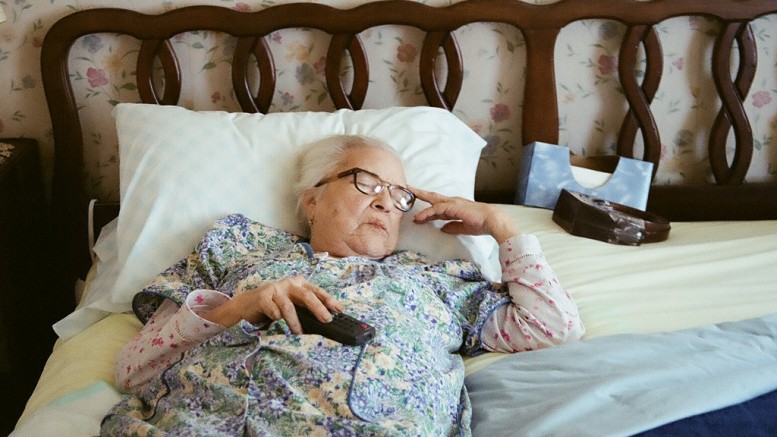 What are Opioids and how are they used?

Opioids (or opiates) are indicated for the treatment of both chronic and acute pain, and they’re equally effective for all different classes of pain such as cancer breakthrough pain as well as neuropathic pain. Although the most common opioid is heroin, an illegal narcotic used for recreational purposes, all prescription narcotics have the potential for abuse. Opiates, in particular, may cause addiction after prolonged use, and many opioid painkillers used to treat pain such as Vicodin, Percocet, Duragesic, OxyContin and other combination drugs are in fact much more dangerous and more used than heroin itself. Opiates are normally used to treat pain, but people do also use them for recreational uses, as they give a subjective sensation of euphoria or an intoxicating “high”, followed by relaxation and then sedation or sleep. Usually, people that do take opioids to treat pain do not become addicts, although if used to treat chronic conditions in due time patients will start developing tolerance. This means that they need to increase the dose which, in turn, can trigger a vicious circle that can lead them to addiction and abuse.

Although other narcotics present a less immediate threat to people’s lives than heroin, data is, however, no less alarming. In 2009, data from the National Survey on Drug Use and Health (NSDUH) showed that 16 million Americans age 12 and older had used a prescription pain reliever for nonmedical purposes at least once in the year, with almost 23,000 individuals engaged in the recreational use of Vicodin (5). Opiates are in most severe circumstances, life-threatening drugs that can cause a patient’s death. As they cause respiratory depression, an overdose (called OD) can have fatal consequences. Other long-term effects include constipation, light intolerance, hyperalgesia, urinary retention, seizures and intense withdrawal symptoms (6).

Recently, in order to reduce opioid misuse and abuse, pharmaceutical companies manufactured new abuse-deterrent opioid medications with specific properties that should deter users from using them for nonmedical purposes. Abuse-deterrent opioids include medications that are more difficult to be snorted or injected to achieve subjective “highs”, or prodrugs that must be ingested before gastrointestinal metabolism could activate them. Last April, the Food and Drug Administration (FDA) issued a documentation containing all the guidelines required to address the evaluation and labeling of new abuse-deterrent opioids medications. The document purpose is to “explain FDA’s current thinking about the studies that should be conducted to demonstrate that a given formulation has abuse-deterrent properties, how those studies will be evaluated, and what labeling claims may be approved based on the results of those studies (7).”

FDA intends to encourage pharmaceutical companies to produce more of these formulations in order to reduce opioid abuse, and although it’s clear that it still cannot be fully prevented by this intervention alone, reducing opiates overdosing could potentially save many lives. The agency’s effort aims at finding a proper balance between the need for patients suffering from painful conditions such as cancer or diabetic neuropathies to promptly access these medications, and the urge to reduce abuse and misuse.

Be the first to comment on "Opioids in the elderly – A helping hand against pain or a necessary evil?"