In the last two decades, many new antidiabetic drugs such as Onglyza (saxagliptin), Invokana (canagliflozin) and Byetta (exenatide) have been approved. The competition between the pharmaceutical companies is fierce as they try to provide diabetic patients an alternative to the oldest and most well-established antidiabetic drug: metformin. According to the American Diabetes Association, every year 1.4 million U.S. citizens are diagnosed with diabetes, with total costs amounting to $245 billion [1]. Antidiabetic drugs market is among the largest ones in the pharmaceutical industry, with Onglyza itself reaching about $786 million in sales just in 2015 [2]. However, just a few years (if not months) after they have been approved, most of these drugs proved to be much more dangerous than they had originally estimated. Together with its closely related medication Kombiglyze, are the new DDP-IV inhibitors dangerous or safe hypoglycemic agents? Many patients who took these drugs in the last seven years had to face the life-changing choice of stopping their treatment or risk serious adverse reactions.

What are Onglyza and Kombiglyze and how they work?

The U.S. Food and Drug Administration approved the oral antidiabetic agent Onglyza (saxagliptin) in 2009, to control hyperglycemia in Type 2 diabetes patients . Kombiglyze XR was instead approved in 2010 and is an extended-release combined medication (saxagliptin and metformin HCL). It has the same indications of the other drug. Both the two hypoglycemic agents are often used in combination with other antidiabetic drugs such as sulphonylureas to provide a better control over high blood sugar levels [3, 4].

Saxagliptin act by inhibiting the dipeptidyl peptidase-4 enzyme (DDP-IV), whose role is to break the incretin hormones. Since the incretins increase the production of insulin and slow down liver’s gluconeogenesis (de-novo production of glucose), an increased level of these hormones helps to improve after-meals blood sugar regulation. As with the other incretin mimetic drugs, the risk of hypoglycemia is significantly lower than the one associated with other antidiabetic drugs, including injectable insulin. Incretin hormones’ activity is, in fact, proportioned to blood glucose levels. [5]. 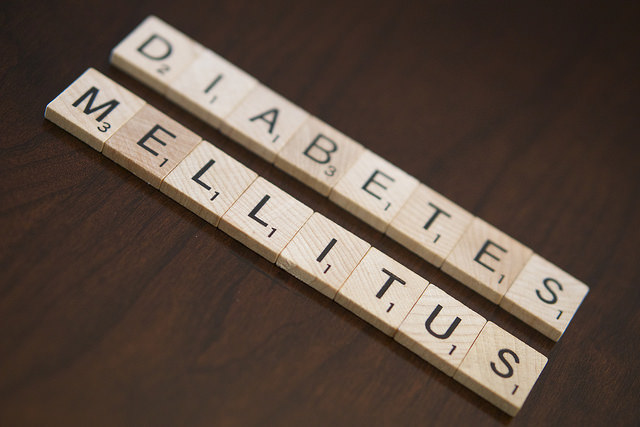 Various other drugs such as Nesina (alogliptin), Januvia (sitagliptin), Janumet (sitagliptin and metformin), Byetta (exenatide), and Victoza (liraglutide) share a similar effectiveness on incretins’ metabolism. However, all those drugs have been associated in the past with life-threatening pancreatic conditions such as acute pancreatitis and pancreatic cancer. Treatment with these agents may lead to an abnormal proliferation of pancreatic compartments that become expanded and chronically inflamed. Since an early-staged acute pancreatitis may present no visible symptoms, there’s a heightened risk for this condition to progress to a much more lethal neuroendocrine malignancy (pancreatic cancer). This type of tumor is usually treated with a full surgical resection of the entire organ [6, 7].

Several smaller studies pointed out that a possible risk of cardiovascular events was associated with the use of these medications. On October 2013, a larger research published in the New England Journal of Medicine found that diabetic patients under treatment with drugs from this class showed a 27 percent increase in heart failure hospitalizations. The researchers evaluated data coming from the over 16,000 subjects included in the SAVOR-TIMI 53 trial. Bristol-Myers Squibb and AstraZeneca originally funded this trial, which was the one that granted saxagliptin’s approval from the FDA [8]. In 2014, two large meta-analyses of randomized clinical trials published in the journal Nutrition, Metabolism & Cardiovascular Diseases and in the journal Clinical Therapeutics confirmed the increased risk of hospitalization for heart failure. Various drugs of the DPP-4 inhibitors class were compared but no difference was found, although some patients subpopulations showed an even higher risk [9. 10]. After all those studies raised a red flag on Onglyza and Kombiglyze’s purported safety, the US regulatory agency issued a new safety review. Fourteen out of fifty members of the advisory board voted to add a new warning to the label to alert patients about the new risk. The last board member, instead, asked for a recall of the product due to its inherent dangerousness [11].

At the end of 2015,  Rochelle Gibson filed the first Onglyza lawsuit in Chicago against the pharmaceutical company that manufactures this drug. According to the Litigation Case No. 2015-L-010969 filed in Cook County Circuit Court, the plaintiff accuses AstraZeneca of negligence in warning the public of the risks associated with saxagliptin [12]. On October 31, 2013, her mother Lillie Ree Gibson died of a heart attack after two years since he was prescribed the antidiabetic medication. Mrs. Gibson was hospitalized twice before he passed away. Plenty of similar lawsuits have been already centralized in the Southern District of California Multidistrict Litigation no. 2452. Many patients alleged that the other incretin mimetic drugs (Nesina, Januvia, Byetta, Janumet and Victoza) may be responsible for several cases of pancreatitis and pancreatic cancer. The manufacturer never warned diabetic patients of this significant risk [13, 14].

Be the first to comment on "Onglyza lawsuits: did we really need a new dangerous antidiabetic drug?"