Abilify (aripiprazole) is an atypical antipsychotic drug used to treat bipolar disorder and schizophrenia, which is also indicated as adjunctive treatment of major depressive disorder and Tourette’s syndrome (1). Aripiprazole was approved by the U.S. Food and Drug Administration (FDA) for the treatment of acute exacerbations and maintenance therapy of schizophrenia in 2002, and shortly afterward, it was also approved by the European Medicine Agency (EMA) for the same indication (2). In 2009, it was also approved in Canada (3). In the United States, Abilify is jointly marketed by Bristol-Myers Squibb together with the Japanese pharmaceutical company Otsuka. 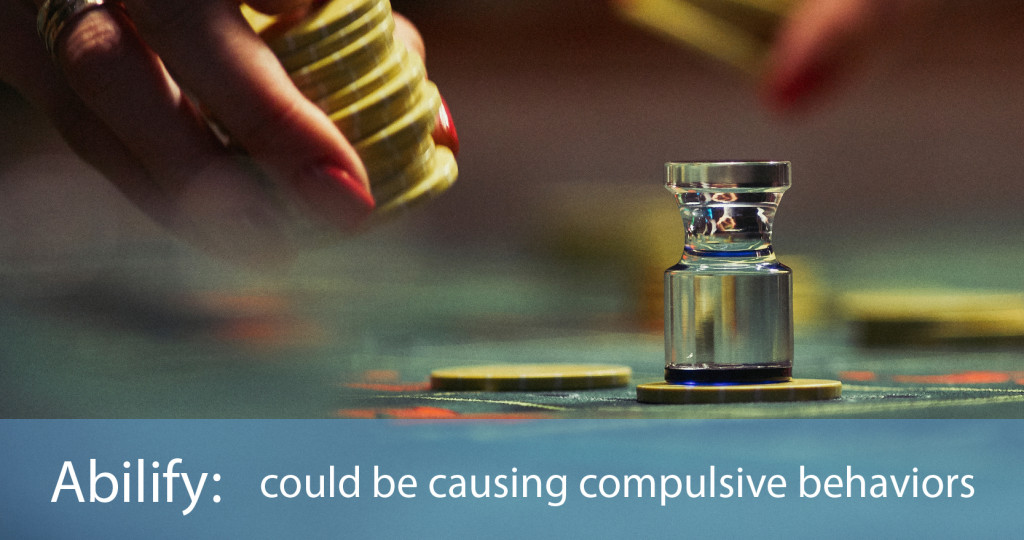 Aripiprazole acts by binding to the Dopamine receptor D2 and stimulating it by acting as a partial agonist (4). This mechanism of action is the opposite of all the other atypical antipsychotics such as risperidone, clozapine, and quetiapine, which act by antagonizing this same receptor. Aripiprazole also acts as a partial agonist of the 5-HT1A and 5-HT2C serotonin receptors, and as an antagonist of the 5-HT2A and 5-HT7 serotonin receptors (5). Although its mechanism of action in schizophrenia has never been fully elucidated, Abilify acts on the dopaminergic pathways by modulating neurotransmission. Overactivity of some of these pathways such as the mesolimbic one may, in fact, trigger schizophrenia symptoms such as delusions and hallucinations. On the other hand, the unique activity of aripiprazole as a D2 receptor agonist may increase dopaminergic activity to optimal levels in pathways where it is reduced, such as the mesocortical one (6, 7).

Abilify (aripiprazole) side effects and dangers

Like all the other atypical antipsychotics, aripiprazole is associated with several side effects. The most common among them include weight gain, anxiety, dizziness, sleep disturbances, nausea and headaches (1). However, second-generation antipsychotic medications are associated with other significantly dangerous risks, namely a life-threatening neurological disorder called Neuroleptic malignant syndrome (NMS), and an irreversible form of tardive dyskinesia (a disorder characterized by repetitive, involuntary muscle movements). Also, the weight gain that is common in patients under treatment with these drugs may also increase the risk of cardiovascular accidents in diabetic patients, due to a danger of increased blood sugar and elevated lipids (8). Atypical antipsychotics are also associated with an increased risk of diabetes in otherwise healthy individuals (9)

Although Cochrane and Lancet reviews indicated that aripiprazole side effects and tolerability are in the middle range compared to the other antipsychotic drugs, some concerning adverse reactions do exist for this specific drug (10, 11). In 2008, the FDA updated Abilify’s warning label to include an increased risk of death in the elderly affected by dementia, and of suicidal thoughts in young patients with depression (12). Due to a possible overstimulation of the dopaminergic receptors in the brain, this drug has also been recently associated with other less-known side effects caused by a loss of impulse control ion the subject. Aripiprazole may, in fact, impair the patient’s ability to suppress his urges, leading to aberrant behaviors such as binge eating, compulsive gambling and sex addiction (hypersexuality) (13). Although no extensive studies have been conducted to investigate further this risk specifically with this drug, several case reports highlighted a strong connection between the use of Abilify and compulsive disorders. Many patients who exhibited compulsive gambling and hypersexuality while taking medication saw their symptoms subside shortly after they stopped taking it (14, 15, 16, 17).

Abilify and the off-label prescription scandal and controversial effectiveness

In 2011, the U.S. antipsychotics drug market grew up to immense proportions, with over 3 million U.S. citizens receiving this prescription at a cost of $18,2 billion. From 2013 to 2014, Abilify alone grossed almost $7 billion dollars to its manufacturer, the pharmaceutical giant Bristol-Myers Squibb (18, 19). Although a large portion of these sales came from the widespread habit of prescribing this drug for the treatment of depression, these drugs are often used for off-label indications for which they were never approved for, such as insomnia and anxiety (which are listed among the side effects of these drugs by the way). Yearly antipsychotics prescriptions grew by 93 percent in ten years, from 28 million in 2001 to 54 million in 2011, with aripiprazole and Seroquel (quetiapine) being the two largest players in the marketplace (18, 20). More than the 85 percent of total second generation antipsychotics medication have been prescribed to patients who did not have schizophrenia or bipolar disorder (20, 21). What is even more concerning, is the fact that antipsychotic use increased from 2006 to 2010 for adolescents to limit impulsive and aggressive behavior rather than psychotic symptoms (22).

Even the same rationale that led to the prescription of antipsychotic drugs in depressed patients is quite controversial. If a patient does not get better with a first antidepressant medication, the psychiatrist may, in fact, increase its dosage or add another similar drug. However, most antidepressants, although much less expensive, may require several weeks to work, and are often associated with detrimental side effects that many patients fail to tolerate. Even though other drugs such as the SSRI antidepressants could be a much safer alternative, many physicians will just catch the shortcut option and end up prescribing antipsychotics for its rapid effects (18).

Second generation antipsychotics such as aripiprazole also failed to prove their effectiveness in the long run, and patients often discontinue them because of the intolerable long-term effects (23, 24). Abilify failed to prove it was able to provide an appreciable improvement of schizophrenic patients’ quality of life, and only small-to-moderate-sized benefits have been shown for adjunctive depression therapy (25). The only trial that extensively investigated the effectiveness of aripiprazole was, in fact, funded by Otsuka Pharmaceutical Co. and Bristol-Myers Squibb, and has been uncritically cited in the subsequent scientific literature despite its evident limitations (26). These medications, other than showing only modest benefits over placebo in the long-term, are not devoid of significant, and often life-threatening side effects (27).

Today several patients filed many Abilify lawsuits to held Bristol-Myers Squibb accountable for the alleged injuries they suffered because of the side effects that the pharmaceutical company failed to warn the public about. In 2008, a retired a Minnesota citizen named Gary Charbonneau filed a lawsuit against Mirapex (pramipexole), a drug that possesses similar dopaminergic effects after he lost $260,000 to compulsive online casino gambling. The court ordered the drug’s manufacturer, Boehringer Ingelheim, to pay Charbonneau $8.3 million dollars for negligence in warning about the risk (28). Back in 2007, Bristol-Myers Squibb already faced a large mass tort litigation, because the company illegally marketed the drug to nursing homes, despite the risk of mortality in elder patients affected by dementia. The U.S. Department of Justice forced the company to pay the amount of $515 million to settle federal charges, as aripiprazole never received approval from the FDA for the treatment of dementia (29).

Be the first to comment on "Abilify (aripiprazole) – an effective drug or a dangerous one?"