Gilles de la Tourette syndrome (TS) has recently made famous by the web and media in a funny or grotesque tone by exaggerating the symptoms associated with this condition for comedic purposes. Patients are often depicted as twitching and foul-talking individuals that explode in comic bursts of cursing meltdowns. However, this is just a common misconception, as less than 10% of patients with Tourette syndrome actually manifest this kind of symptoms.

Tourette syndrome is an inherited neuropsychiatric disorder that manifests itself during childhood, characterized by one or more motor tics and at least one vocal tics, which can be either chronic or provisional1. Named after Georges Albert Édouard Brutus Gilles de la Tourette (1857–1904), who investigated the first case series of patients with this disorder, TS is classified as a primary tic disorder. Although tics represent the most evident and iconic feature of this disease, many other neuropsychiatric disorders often affect TS patients, such as attention-deficit/hyperactivity disorder [ADHD], obsessive-compulsive disorder [OCD], anxiety/depressive disorders, and autism spectrum disorders. These additional conditions may negatively impact their developmental profiles, and are often coupled with comorbid behaviors and mental health difficulties. TS begins before age 18 and lasts more than one year, and is characterized by a sense of “premonitory urge” that usually precedes the tics2.

Tic disorders (TD), as defined by the Diagnostic and Statistical Manual of Mental Disorders (DSM), are sudden, rapid, involuntary, non-rhythmic movements or vocalization resulting from the movement of one or more muscles or group of muscles. They are characterized by their anatomical location, number, frequency, duration, and complexity. Tics are further classified as either motor (movement-based, affecting one or more muscles) or phonic (production of involuntary sounds that do not involve the use of vocal cords), and either simple (involving one muscle or muscle group, or a single sound pattern), or complex (including slower more complicated movements, purposeful speaking of words or phrases). Finally, tics can be clonic (leading to repetitive movements) or dystonic (forcing the subject on a long lasting abnormal posture or movement). Simple motor tics include shoulder shrugging, eye blinking, or head jerking while simple phonic tics include utterance of brief sounds, coughing or sniffing. Complex motor tics include walking around in circles, tapping, or performing abnormal or excessive movements to perform simple tasks such as picking up an object. Complex phonic tic includes coprolalia, the involuntary utterance of obscenities, which although it is often associated with the syndrome as its iconic symptom, is actually a much less frequent tic3. 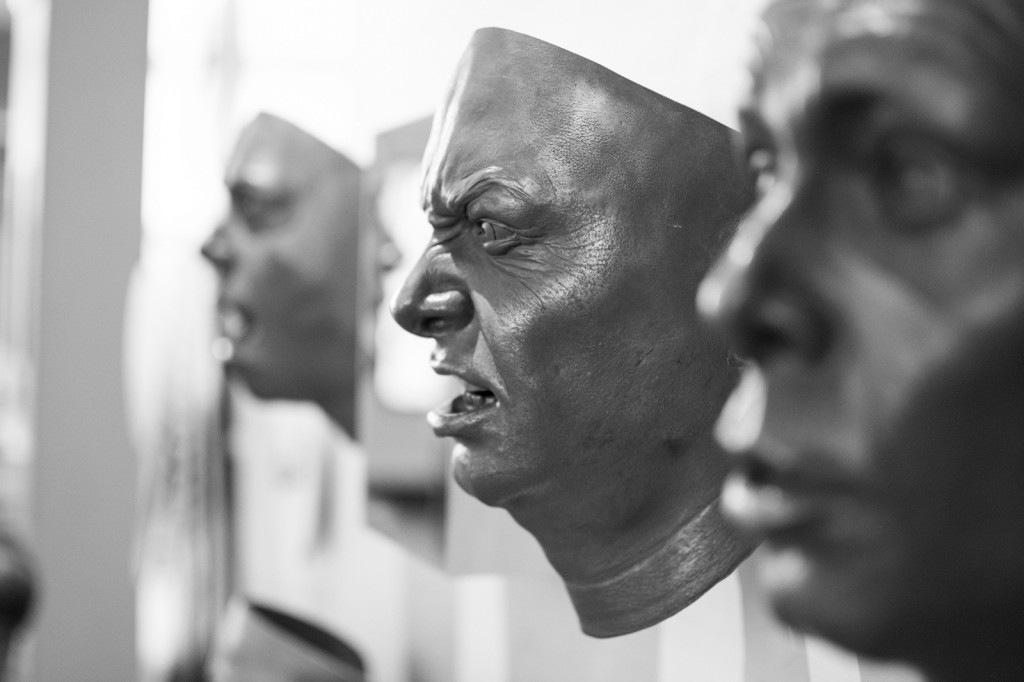 According to the fifth edition of the Diagnostic and Statistical Manual of Mental Disorders (DSM-5), for a person to be diagnosed with TS, he or she must suffer from at least two or more motor tics, and at least one vocal tic, either simple or complex, over the period of a year. The tics must occur daily, although they could be waning and waxing, and must begin before 18 years of age1. Although most cases of Tourette syndrome are not severe, TS can be considered as a more severe expression of the spectrum of tic disorders. It usually involves many tics at the same time, which can appear and disappear through a patient’s life.

Although there are no specific medical or screening tests to diagnose TS, other tests could be performed to investigate and rule out potential secondary causes of tics such as dystonias, chorea, muscular dystrophies, genetic conditions such as Down’s syndrome or Klinefelter syndrome, head trauma, encephalitis, stroke and drug poisoning. Usually observing a patient’s history of tics is sufficient to diagnose a TS or tics disorder4.

Tourette syndrome (TS) begins before age 18 and lasts more than one year, affecting approximately 0.8-1% of children. The onset of tics typically occurs between ages 3 and 8 years old, and 93% of patients are symptomatic by age 10. As usually tics subside or remit as the children age up to adulthood,  the observed prevalence is higher in children, with only 5-14% of adults experiencing a worsening of their symptoms in adulthood. TS is 3 to 4.4 times more frequent in males than females, while the prevalence of different tic disorders is usually higher among younger children and in males, and is highly associated with school dysfunction5, 6. A Centers for Disease Control and Prevention (CDC) study has found that in the United States, 1 of every 360 children aged 6 to 17 years has been diagnosed with TS, for an estimated total of 138,000 children. Other studies using different methods have estimated the rate of TS at 1 per 162 children7.

At least 86-90% of the patients affected by TS suffer from some neuropsychiatric comorbidities, among which ADHD and OCD are the most common (55-63% and 50-75% respectively). Other comorbidities include: Anxiety problems (13-49%), Learning disability (47%), Autism spectrum disorder (13-35%), Speech or language problem (29%), Behavioral or conduct problems (26%) and Depression (25%)8-9. Attention Deficit/Hyperactivity Disorder (ADHD) is the most common condition that shows comorbidity in children with TS disorder reported by some authors as up to 80% of total cases10.

Obsessive-Compulsive Disorder (OCD) is highly comorbid with TS, with percentages rising to 90% when considering subthreshold symptoms, such as aggressive obsessions, repetitive counting, touching, or symmetry needs11. Comorbidity with OCD symptoms is a cause of greater distress for patients causing more impairment and increased disability rather than tics alone, and may have a negative impact on TS patient’s quality of life12.

The exact mechanism causing Tourette’s has not yet been established, and its precise etiology is still unknown. Patients usually show an increased subjective sensitivity to all kind of sensorial stimuli (sound, light, smell, taste and touch), especially faint ones13. The onset of TS typically occurs at age 4 to 6 years showing just the simpler spectrum of either motor or vocal tics, that will then progress into more complex vocalization or motor clonic movements within 1-2 years. At around age 10 to 12, tics reach a peak level both in terms of frequency and severity, then slowly wane as the youth becomes adolescent. Tics usually manifest themselves in bouts preceded by a “premonitory urge”, defined as a subjective uncomfortable sensory phenomena that find relief as soon as the tic is completed. Some patients can voluntarily suppress the tics (wholly or partially) although suppression may be associated with more severe premonitory urges, discomfort, and exhaustion. Factors such as anxiety, fatigue and stress may exacerbate the tis, whereas relaxation and focused concentration, sporting activities and other fine motor movements such as dancing may help to attenuate the tics14-15.

TS and TD are serious diseases that severely impact a patient’s quality of life, and are very often associated with other severe conditions, in particular, ASD, ADHD and OCD being those with the highest prevalence. Although the life of a Tourette’s patient may improve after his adolescence, the presence of these comorbidities may severely affect his development, especially when Tourette’s is left untreated or underestimated in a child or adolescent.