Antidepressants and Mood stabilizers are medications used to treat most forms of depressive disorders as well as several other mental conditions such as obsessive-compulsive disorder (OCD), anxiety disorders, panic attacks, eating disorders, and even other psychiatric conditions such as addiction, dependence, and sleep disorders. Several types of antidepressant medications are available, from selective serotonin reuptake inhibitors (SSRIs) to monoamine oxidase inhibitors (MAOIs), serotonin–norepinephrine reuptake inhibitors (SNRIs), tricyclic antidepressants (TCAs), and others. Antidepressants are among the most prescribed drugs worldwide: in the United States alone, antidepressants were the most prescribed medication in 2013, with over 16 million of long-term users and 11% of Americans aged 12 years and over taking this type of medication. Most of the patients that are prescribed antidepressants and mood stabilizers every day are female (about 70%) [1, 2]. What’s even more alarming is how many more people are prescribed these dangerous drugs each year. Data from the Centers for Disease Control and Prevention (CDC) showed that from 1988–1994 through 2005–2008, the rate of antidepressant use in the United States among all ages increased nearly 400% [2].

Overprescription and lack of efficacy: two serious issues of antidepressants

Antidepressant drugs are often over-prescribed, with roughly 16% of patients being wrongly diagnosed with depression and anxiety. A British psychiatrist, Dr. Alex Mitchell, explained that: “A busy GP sees about 100 patients a week. Out of those, 20 will be suffering from depression, but he will spot only ten of them and treat five, usually with drugs” [3]. Several treatment guidelines, such as those published by the UK National Institute for Healthcare and Excellence (NICE), recommend talking therapy such as cognitive behavior therapy (CBT) as a primary choice to treat mild to moderate depression and anxiety. However, in clinical practice antidepressant medications, especially SSRIs such as fluoxetine (Prozac), sertraline (Zoloft), paroxetine (Paxil), fluvoxamine (Luvox), citalopram (Celexa), and escitalopram (Lexapro) are often the first choice for treatment [4]. It should be noted how Less than 30% of patients under antidepressant medication have seen a mental health professional (psychiatrist or psychologist) in the past year [2]. 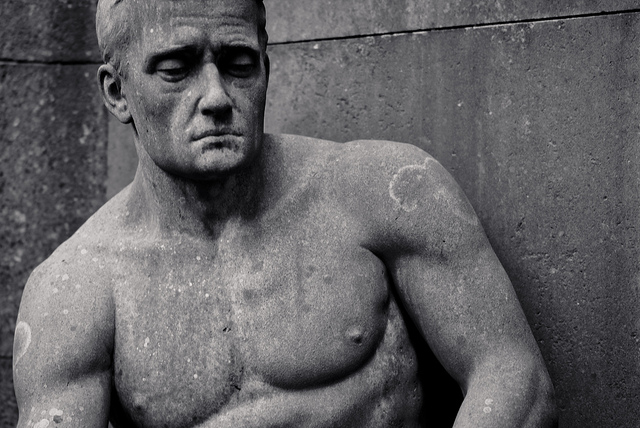 The clinical rationale behind the use of antidepressants to treat mood disorders is that these medications help to correct the chemical imbalance in the brain that causes major depression or anxiety disorders. Simpler theories tried to explain the complexities of depression by associating this disorder with a lowered level of serotonin, a brain neurotransmitter that is deemed responsible for normal feelings of well-being and happiness. Antidepressant medication should work by bringing serotonin levels back to normal. However, there’s no clinical evidence that depression is actually caused by serotonin deficiency, as there’s no testing methodology available to measure the amount of serotonin in the living brain [5]. It can take at least four weeks or even more to notice for antidepressants to be effective and improve a patient’s condition, and some researchers even pointed out how many studies on these medications’ purported efficacy were widely exaggerated to inflate their sales figures. A large study performed by the National Institute of Mental Health showed how less than 50% of patients under antidepressant medications find any relief from their symptoms, with a significant number of these patients slipping back into depression even during treatment, similarly to what happened when they were given a placebo [6].

Side effects and dangers of the antidepressants

As many other prescriptions, antidepressants are dangerous medications with several side effects that may, in turn, compromise the health of a patient. Common antidepressant side effects range from nausea to insomnia, weight gain, decreased sexual libido, sleepiness or fatigue, urinary difficulties, diarrhea or constipation, headaches, dizziness, and confusion. Depending on the type of antidepressant or mood stabilizer medications, these symptoms can range from mild to severe and can become quite bothersome to a patient who should already fight day by day with a mental condition. Other more serious side effects include increased blood pressure, and the increased risk of falls, fractures, and bone loss making these medications quite dangerous especially in the elderly population. Antidepressants can worsen a bipolar disorder or even trigger a manic episode, which is especially harmful when a proper diagnosis of the actual psychiatric disease may require a long time. Another rare but potentially lethal side effect of antidepressants is the serotonin syndrome which can lead to hyperthermia, delirium and seizures [7, 8].

SSRIs are also known to cause agitation, psychosis, obsessive preoccupations that are uncharacteristic of the individual, insomnia and panic attacks, that in turn can lead to dangerous behaviors such as suicidal ideation, violence, self-injuries and in some rare circumstances, even homicidal behavior [9]. For this reason, the U.S. Food and Drug Administration required all depression medications to include a warning label about the increased risk of suicide in children and young adults [7, 8]. Quitting from antidepressant medications is far from easy, though, as a sudden interruption of these prescriptions may cause a withdrawal syndrome or worsen the depression, setting back the treatment [10]. Dose must be reduced gradually to avoid the so-called “antidepressant discontinuation syndrome”, whose symptoms include restlessness, agitation, insomnia, nightmares, mood swings, irritability, tremors, muscle pains and several others. In pregnant women, the use of SSRIs may lead to short-term withdrawal symptoms in newborns after delivery. Babies may manifest several symptoms including mild respiratory problems, tremor and agitation [10].

In 2004, an internal document from the pharmaceutical company GlaxoSmithKline showed that in some clinical studies, the number of people taking the SSRI antidepressant drug Paxil, who experienced withdrawal symptoms was as high as 42%. When they were forced to testify before Congress in October 2004, the Big Pharma representatives admitted they blatantly lied to consumers. Although Paxil’s packaging only reported a risk of withdrawal of 2%, their own research found that at least 25% of patients taking the drug experienced withdrawal symptoms [11]. This same drug was also associated with a 720% increase in the risk of breast cancer in women, as demonstrated in a famous American Journal of Epidemiology study published in 2000 [12].

Be the first to comment on "Are antidepressants and mood stabilizers dangerous and useless medications?"