Monsanto’s most famous herbicide Roundup has recently been put in the eye of a mediatic storm because it seems that many international agencies can’t decide whether its main ingredient, glyphosate, is carcinogenic or not. Recently, it was classified as “probably carcinogenic to humans (Group 2A)” by the International Agency for Research on Cancer (IARC). In March 2015, IARC, which is part of the World Health Organization (WHO), evaluated the long-term effects of this dangerous chemical that has been used for more than 40 years and determined that it’s much more dangerous than expected. However, on May 16, 2016, the same WHO joined with experts from U.N.’s Food and Agriculture Organization (FAO) and published a new report were glyphosate was classified as “unlikely to pose a carcinogenic risk to humans.”

The WHO is not the only agency that kept changing its mind on Roundup’s dangerousness. The weed killer was originally classified as possibly carcinogenic to humans (Group C) in 1985 by the United States Environmental Protection Agency (EPA). However, after their studies were later re-evaluated, in 1991 the EPA changed its classification to non-carcinogenic in humans (Group E). Earlier this month on May 2016, the regulatory agency published and then took down a new report where the herbicide was classified as “not likely to be carcinogenic to humans.” In a clarificatory email, EPA explained to Reuters that the documents were published “inadvertently” since their review was not concluded yet. Still their report was labeled “FINAL” with a clear stamp on each page and was dated October 1, 2015. 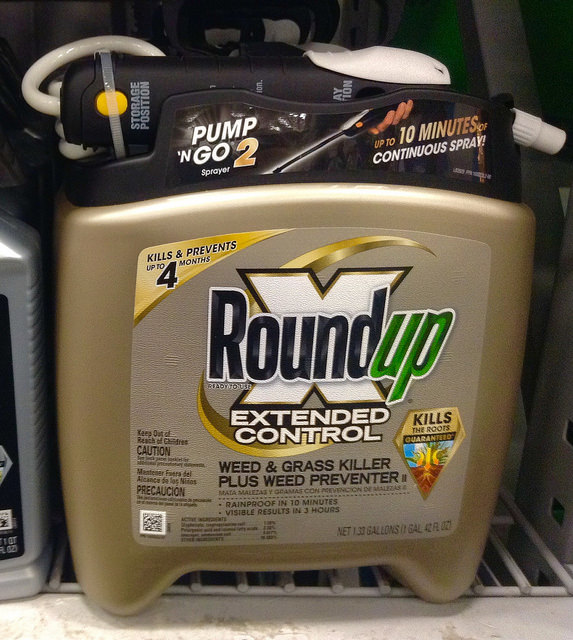 Today, the IARC took the results that led EPA to change its original opinion in consideration, and still concluded that glyphosate is probably carcinogenic to humans (Group 2A). Monsanto tried to debunk IARC’s claims, explaining that several other regulatory agencies from Argentina, Canada, and South Africa found this chemical to be safe for humans. However, even if some of the studies published found no link to non-Hodgkin lymphomas, IARC’s researchers found sufficient evidence that exposure to Roundup’s active ingredient can cause DNA damage in human cells. This type of damage may require a very long latency time (10 years or more) before its effects become manifest, as showed by a study published in the International Journal of Cancer. IARC also rejected most of these industry-submitted studies because they were deemed not neutral enough.

How much are humans exposed to glyphosate every day?

What’s most concerning, is that a recent analysis performed by The Alliance for Natural Health USA found glyphosate residues in food products where it was never intended to be such as breakfast cereals, coffee creamer, and eggs. One of the reasons why the herbicide was widely publicized as safe was its rapid biodegradability. However, if glyphosate residues are present in such alarming levels in food and water, it means it’s accumulating in animal as well as human tissues. On the other hand, modern commercial pesticide formulations such as Roundup may contain additional substances (adjuvants) that could increase glyphosate’s toxicity and carcinogenicity. Most of these formulations have been marketed several years after the original 1991 EPA assessment and were thus never taken into account.

Furthermore, the toxicological relevance of several other analogues of glyphosate such as the N-acetyl-glyphosate is often underestimated. The latter herbicide is mostly used just for GMOs, and it’s less toxic than the former. However, N-acetyl-glyphosate and the other chemical analogues may also contribute additively to the overall glyphosate exposure as they keep accumulating in animal and maybe human tissues.

Be the first to comment on "Is Roundup Causing Cancer?"