The World Health Organization (WHO) cancer agency classified talcum powder as “possibly carcinogenic” in 2006. Although several clinical studies found an evidence of increased risk of ovarian cancer, still a final association that proves that this substance may cause malignancies has not been found. In 1971, a first study published in the Journal of Obstetrics and Gynaecology discovered talc particles lodged in the ovaries of over 75% of patients affected by cancer. Another study published in 2010 even found a chance that this substance may cause endometrial cancer in women who passed menopause. Smaller trials and observational studies provided different and sometimes even contradictory results, but a larger systematic review of all the evidence found up to 2015, indicated that talcum may increase the risk of ovarian malignancies between 30 to 60 percent.

No final explanation has ever been provided to why talcum causes tumors in the ovaries. A theory is that talcum particles may reach the fallopian tubes and uterus by slowly migrating inside the genital tissues. This process may cause a chronic inflammation which may lead to cellular mutation and cancer proliferation. This theory has been supported by the fact that any procedure such as tubal ligation that prevents the talc particles from ascending inside the fallopian tubes reduced the cancer risk by 50 percent.

Another mechanism that has been suggested is the suppression of the anti-MUC1 antibodies. The anti-MUC1 are found in a mucus that grows inside the female genital organs and protects the ovaries from the multiplication of malignant cells. Talc suppresses the antibodies, increasing the risk of ovarian tumors as well as the aggressivity of cancerous cells. 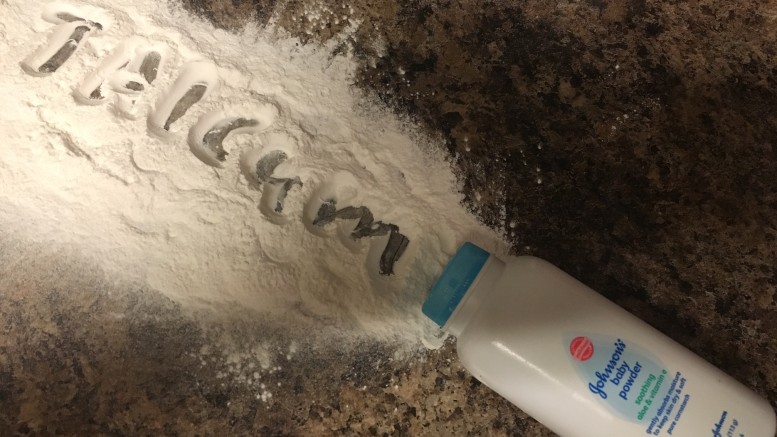 Cancer is defined as an uncontrolled overgrowth of malignant cells. Cancerous cells may be resected surgically if they do not spread outside the ovaries (benign tumor) but if they migrate to other organs (metastasis), they may have lethal consequences. A malignant tumor is also known as a carcinoma, and can be treated with a combination of radiation, chemotherapy, surgery, and hormones. Although the symptoms are barely noticeable in the earlier phases, they became much more severe as the condition worsens. Because of this apparent lack of symptoms, ovarian cancer is often diagnosed only when it’s too late, leading to a poor prognosis and a high mortality rate.

To date, no real consensus has ever been reached by the scientific community on whether this substance is really a carcinogen. It’s quite hard, in fact, to provide a final assumption on such an elusive issue since no reliable, repeatable data can be found. Evidence on talcum is as impalpable as the substance itself. Its percentage varies significantly from one cosmetic product from the other, as well as the quantity used by women for feminine hygiene (i.e. its dosage). Finding its real concentration on the tissues affected is challenging, and information bias is always high since no doctors may ever file an adverse reaction report since talcum powder is not a drug nor a pharmaceutical substance. Patients’ self-reporting is all but reliable, and even the application method (by swabs, spraying, or application on the underwear) may reasonably affect the actual amount of powder that reaches the ovaries. Even a reasonable chance of risk, however, is often enough for the clinical world to assume that contact with this substance should be avoided. Although smaller studies that had to rely on this unconfirmed data did not provide a final answer to this doubt and forced the regulators to skip them due to their stricter standards, warning the general population about talcum’s alleged dangers is still recommended.