Medical technology kept evolving at an incredibly fast pace in the last few decades, but the gap between the richer, more educated populations of the Western countries and the poorest region of the world kept growing wider. Most of the African and Asiatic populations still suffer from preventable or treatable diseases such as malaria, hepatitis A and B and tuberculosis (TB). It has been estimated that almost one-third of the world’s population has no access to basic healthcare and medications, and epidemic outbreaks still kill millions of people. No more than 15% of the global population consumes a hefty 91% of the entire amount of medications produced every year.

In low-income countries, people who are at a greater risk of becoming sick or diseased, are also those who are more vulnerable to poverty, such as women, children and the elderly. Illness, on the other hand, further exacerbate poverty conditions by preventing infirm people from working and sustaining themselves and their households. In countries where universal health care is not available, medical debt is the second leading cause of abject poverty in rural regions. However, even in wealthier countries still represents a significant risk for catastrophic impoverishment (the so-called “medical poverty trap”). 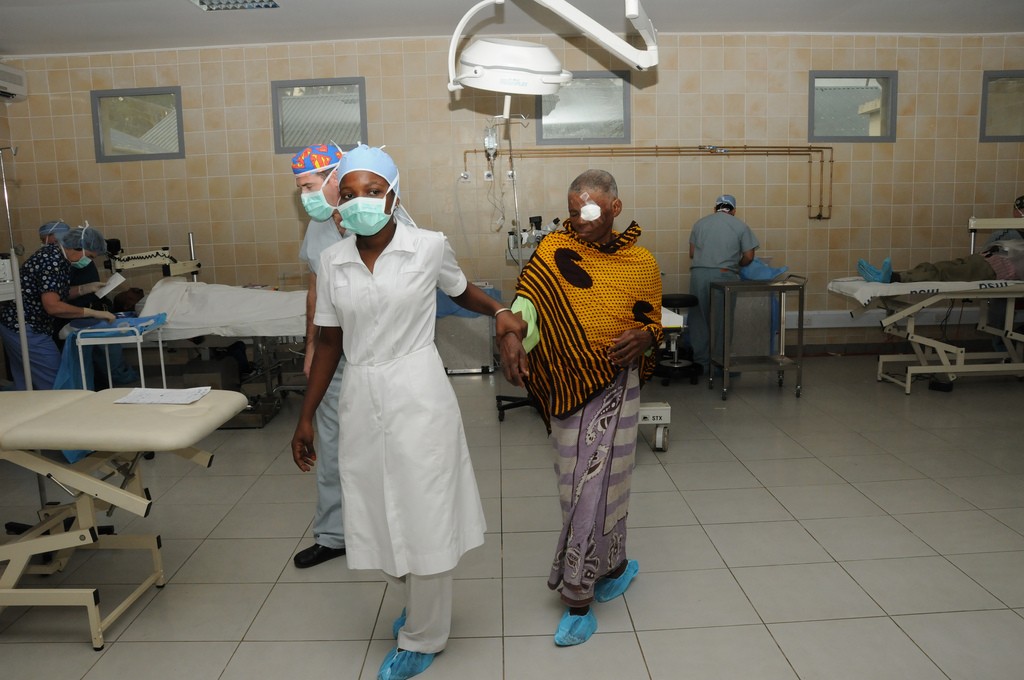 Cultural and religious barriers further endanger less educated people’s health, as they often shun from seeking adequate medical treatment because of their superstitious beliefs. Social custom often forces them to opt for traditional medicine and shamanism, which often employs dangerous practices and quackery. More modern pharmacological therapy also often finds poor adherence to treatment in people with a lower socioeconomic status. Complex treatment such as antiretroviral therapy for HIV or multi-drug hypertension treatments shows a much worse compliance in poorer patients, widening the gap between the Western countries and the rest of the world even further.

As a consequence of widespread poverty, many national governments from less developed countries lack an adequate amount of money to fund public healthcare. Military expenses are prioritized over national healthcare, and corruption, poor organization and lack of human resources also contribute to the generally low quality of the services provided. Even the presence of foreign specialists such as doctors, nurses and technicians is quite volatile, and insufficient to solve the problem’s vast complexity. Local personnel is more than not lacking proper training, and the very few people can afford the higher education required to became a specialist usually migrate toward wealthier countries and higher wages. Lack of proper infrastructure and transportation represenst a significant barrier that prevents people from less urbanized areas from reaching healthcare facilities. Hospitals are often very few and scattered among the country, and, even then, the services provided are vastly insufficient for the local population.

Although in the past many non-governmental organizations (NGOs) such as the International Red Cross tried to reduce the extent of the problem, they just did by providing healthcare services for temporary humanitarian crises. Very few NGOs did operate to provide long-term solutions such as building standing facilities or training local staff that would, in due time, improve the country’s medical services. In Wester countries, many charity projects are financed every year to help less developed countries’ healthcare systems. However, local governments often siphon funding through corruption, and the general lack of coordination and inefficiency of their bureaucracy lead to a considerable resource waste. One of the most common mistakes made by international donors is underestimating the width of the technology gap between modernized nations and underdeveloped countries. The World Health Organization (WHO) estimated that at least 75% of all medical devices sent by Western governments to third-world countries are out of their context, and remain unused as they cannot properly function. Local hospitals lack the technical expertise to implement them fully, or the technologies required to even make them work. Even worse, many medications and medical devices just expire or fall into disuse inside warehouses, as they cannot be transported in inaccessible rural areas due to lack of transport and infrastructure.