Ketogenic Diet is a dietary approach where both simple and complex carbohydrates consumption is restricted, emphasizing the consumption of mostly fats and proteins. Usually ketogenic diets do not cut daily caloric intake, although in some circumstances such as when a person is obese or suffers from diabetes some adjustments are still required, but focuses only in changing the sources from which these calories are produced. Ketogenic meals usually reduces daily caloric intake coming from sugars and starches to 20% or even 5%, switching to natural fats like extra butter and olive oil, and also to proteins coming from meat and fish, albeit in a smaller amount. Not to be confused with other low-carb diets, the Ketogenic Diet favors a fat-oriented nutrition instead of a high-protein one, forcing the body to burn fats (and proteins to a lesser extent) instead of sugar to produce energy, thus producing the so-called ketone bodies1. 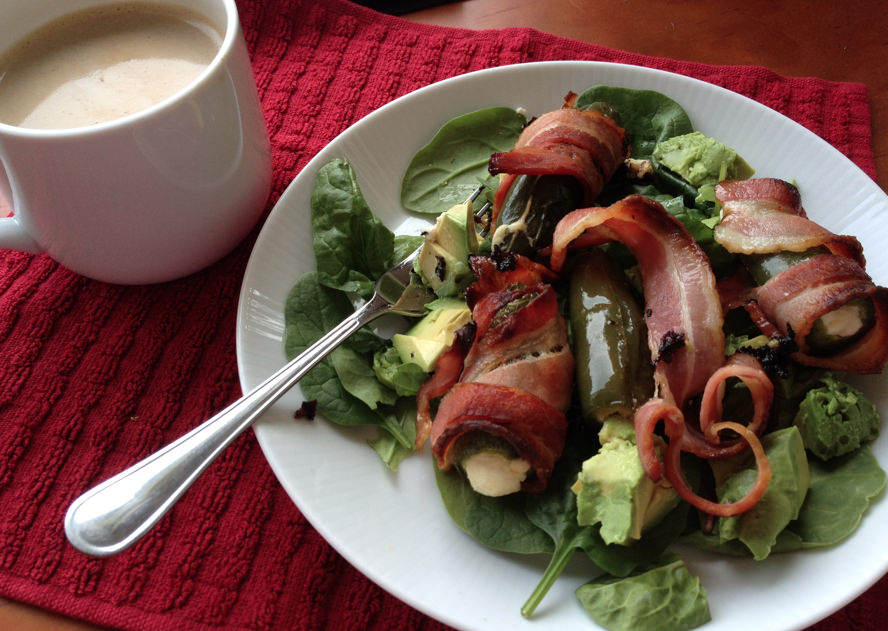 Why losing weight is so important for our health

Obesity and overweight are probably the worst and most life-endangering epidemics in the late 20th and 21th century, with over 500 million individuals aged over 20 in 2008 being obese2. Obesity is a known risk factor for several diseases, ranging from cardiovascular disease to dyslipidemia, hypertension, diabetes and metabolic syndrome3. This means that not only obesity is a disease “per se”, but it can even be one of the reasons behind several other diseases, some of which may even endanger a person’s own life.

Although weight reduction plans and dietary interventions to treat obesity are today a cornerstone of modern preventive medicine, definitive data on what dietary approach could be the best to reduce weight is still lacking, so there’s no real scientific consensus on what’s the best or most correct nutritional approach in general for either obese or overweight patients4. It is also quite interesting to note how many other more common dietary approaches considered to be “safer”, like the  conventional low-fat diet (LFD), still lack any convincing evidence on their long-term effectiveness mostly because of a general lack of compliance and adherence to therapy (ie. how much the patient actually follows the diet, especially after a couple of months)5. Recent findings instead, pointed out how Ketogenic Diets long-term weight loss proved to be higher and more consistent compared to LFD or other “balanced” diets, while posing no risk in terms of safety6. One of the main issues with long term successful weight loss maintenance, is the increase of subjective appetite that often cause people who lost more than 10% of their weight, to gain it back within a few years. An interesting study that evaluated gastrointestinal hormones such as leptin and ghirelin’s role in appetite increase during refeeding, showed that Ketogenic Diet performed better in this regard, mitigating the effect of these substances and reducing the overall weight regain7. This means that not only Ketogenic Diet is able to help losing weight, but it is also easier to follow on the long run, as it’s less demanding in terms of perceived appetite and reduction in general “food craving” sensations.

What is Ketogenic Diet? An introductory overview

The very-low-carbohydrate ketogenic diet (VLCKD) originated from the 1958 Robert Atkins’ research paper called “Weight Reduction”, which was later popularized in the 1970s when he was able to demonstrate significant results in patients treated with this dietary approach in terms of short- and medium-term weight loss8. In his original hypothesis, Atkins suggested that when the body was forced through “carbohydrates starvation”, it had to undergo other metabolic pathways to produce energy required for it functions, causing the liver to produce ketones by burning fatty acids found in the bloodstream. Other authors suggested that this process (called gluconeogenesis) is an “expensive” one for the body in terms of energy “wasted” to produce glucose (which is the universal “fuel” used by cells to produce energy), therefore increasing weight loss in patients undergoing Ketogenic Diets9. Recent findings also pointed out that ketone bodies themselves do possess a direct appetite suppressant effect, which, in turn, helps the patient feel less “hungry” between meals and reduce overall intake of food10.

Ketogenic diets also possess other interesting therapeutic roles that come from its direct effects on human physiology, rather than just being consequences of weight loss. Strong evidence suggests it can improve blood lipid profiles (particularly triglyceride levels), treat children with severe epilepsy who are unable to be treated, and reduce the risk of Inflammation and Metabolic Disorders. Although more research is required to provide more convincing evidence, recent findings pointed out that Ketogenic Diet may be helpful in a number of neurological conditions, ranging from Alzheimer’s and Parkinson’s disease, brain trauma, Amyotrophic lateral sclerosis, and may even act as a supportive therapy in cancer treatment11.

Be the first to comment on "Losing weight without eating carbs? Now it’s possible with the Ketogenic Diet"