Vegetarianism and veganism are, for the most part, lifestyle choices rather than just eating choices. Ethical reasons have always been the strongest points that convinced millions of people in the last few years to change their dietary habits and start eating vegan and vegetarian food. However, a new study published in the Proceedings of the National Academy of Sciences has now provided two even more compelling reasons to shift towards less meat-rich diets: climate change and environmental preservation. According to the study, in fact, if the entire world’s population would shift towards vegan or vegetarian diets, global effects would include significant monetary savings in terms of reduced death rates and worldwide pollution. 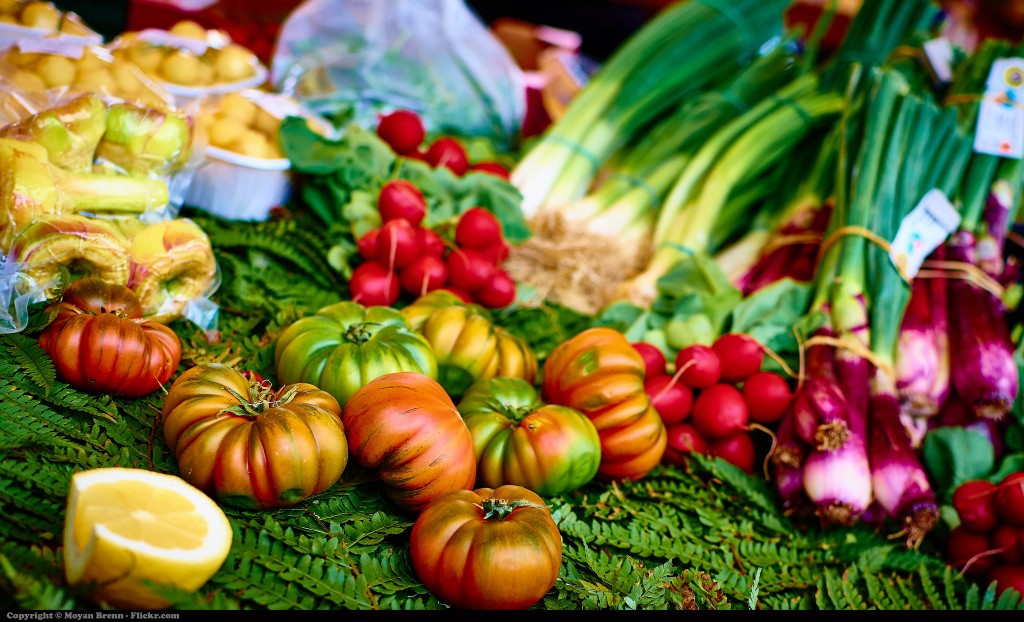 Important organizations including the Stanford University and the Food and Agriculture Organization (FAO) provided convincing evidence that shows how mass livestock production may have detrimental effects on the environment. Extensive animal culture harms the animal that must live in inhuman, unethical conditions, exposing them to contagious epidemics such as the bird flu or mad cow diseases. Due to the lack of hygiene and close quarter breeding, viruses and bacteria often spread at incredible speed and reach uncontrollable proportions, and may even affect human beings as it already happened with recent pandemics.

What and how we eat may also increase food-related greenhouse gas and ammonia emissions, as well as personal health. According to the evidence provided by the World Health Organization (WHO) and the recommendations of the American Cancer Society, eating red meat in excess may be dangerous for human health. Every day we eat more than 50 grams of processed meat (such as bacon, hot dogs, and sausages), we increase our risk of colorectal cancer by about 18 percent, as well as the risk for cardiovascular diseases. Conditions such as diabetes and atherosclerosis account for at least 25 percent of yearly global mortality. A better diet is also frequently recommended as a remedy to fight the signs of aging.

Despite the widespread introduction of veganism and even vegan athlete meal plan solutions, the recent food trends in the Western countries still indicate that our total meat consumption is increasing. According to data provided by the U.S. Meat Export Federation, 475,000 metric tons of U.S. beef were exported in 2005. This number tripled in less than ten years, reaching almost 1.2 million metric tons (worth about $7.13 billion) in 2014. Most of this food still go to waste, though. A recent survey from the United Nations Environment Programme (UNEP), indicated that Western world consumers waste a yearly amount of food that roughly equates to the entire Sub-Saharan Africa’s food production (222 million vs. 230 million tons). Even Italy, the European nation that allegedly cares the most about healthy eating, wastes 19 percent of the bread, 17 percent of fruit and vegetables, 39 percent of fresh products (milk, meat, and eggs), and 4 percent of pasta they buy. Food waste represents one of the leading causes of global pollution.

May going vegan help saving the planet from global warming?

The Oxford University study led by Marco Springmann provided a comparative analysis of worldwide dietary changes in terms of monetized health and climate benefits. Researchers compared current dietary trends across the globe, from the richer Western regions to the less developed Asian and African countries. According to modern dietary guidelines, daily red meat intake should be cut by about 56 percent in favor of a 25 percent increased consumption of vegetables and fruit. The study evaluated the consequences of rigidly sticking to those guidelines, as well as vegetarian and vegan diet alternatives.

Results indicated that a shift towards a more plant-based diet would reduce worldwide mortality by 6 percent in 2050 while cutting food-related greenhouse gas emissions by 29 percent. However, 75 percent of those benefits would be gained by less developed countries, especially Latin America, Sub-Saharan Africa and East Asia. For the most part, in fact, the greater economic impact was expressed as reduced healthcare expenses due to diminished overall mortality. Western countries’ healthcare savings are critically burdened by diet-related diseases, overweight and obesity. Even more interesting, if the entire world shifted towards a fully vegan diet, the health and climate change benefits would be almost doubled. Mortality would drop by 10 percent, while greenhouse gas pollution would be reduced by up to 70 percent.

Lab-grown food: science may provide the solution to the environmental risk

An ethical solution that could both reduce animal killing, as well as greenhouse gas pollution without renouncing to meat, milk and eggs, however, may come in the next two decades. Several companies started manufacturing lab-grown edible food through cellular replication, replacing dairy farms and slaughterhouses with clean labs. Pig-less meat, cow-less milk,  and hen-less eggs may become a reality within 20 years from now, and still provide a palatable alternative for those who do not want to renounce eating these foods and still care for environmental preservation.

Cellular agriculture may be considered as the future of mass-scale human food manufacturing. Yeast bacteria can easily be engineered to produce milk in a laboratory setting, without the need of intensive cow farming. But the most astonishing invention is the cultured meat. Beef can be grown by using living muscle cells taken from animals, which are then replicated to trillion of copies thanks to their natural spawning abilities. As soon as a consistent number of cells are replicated, they will start aggregating into chunks which may then be merged into small “meatballs” of muscle tissues. Hen-free egg white can also be mass produced with the same strategies. Some lab-grown hamburgers with no discernible organoleptic differences from real meat have already been manufactured in the last few months, although their cost (estimated at about $475,000 per burger) is still too high. However, companies that are producing them claim that in 10-20 years they may hit our shelves at much more affordable prices.

Lab-grown meat, milk and eggs have already been proved to be absolutely identical to their animal-produced counterparts. They are engineered from real animals in the first place, but at the same time, they will probably be even healthier. No artificial feedings nor hormones would be used to speed animals’ growth artificially, and no environmental contaminants will either pollute the water they drink nor the food they eat before being slaughtered or milked. People who tested the first cow-milk free found no recognizable differences in taste and texture. Even if no lab-grown meatball may ever substitute a tasty Fiorentina, lab-cultured food would still greatly help the environment by cutting the need for processed meat, as well as powdered milk and eggs used in food industry.

Be the first to comment on "Eating without killing – is the Vegan food revolution going to save the planet?"