Dementia is not a specific disease, it is a general term used to define a decline in mental abilities whose severity is sufficient to interfere with everyday activities. Symptoms of dementia include loss of short-term memory, inability to focus and pay attention, communication and language difficulties and reduction in visual and auditory perception. Alzheimer’s disease (AD) is the most common form of dementia in those aged 65 years old or more, accounting for 60% to 80% of total cases. Up to 5 million elderly Americans may have AD, and as the population keeps becoming older, this number will just keep growing. Vascular dementia and vascular cognitive impairment (VCI) are the second most common form of dementia, and are caused by inadequate blood flow to the brain that, whose consequence is an generalized degeneration of the nerve cells (neurons) normally responsible for thinking and reasoning processes. Although neurons’ death is a common due to aging is a common occurrence that will happen to everyone, patients suffering from dementia experience far greater loss. Many dementias are progressive, meaning that a patient will slowly and gradually lose his or hers cognitive functions over the course of months or years. 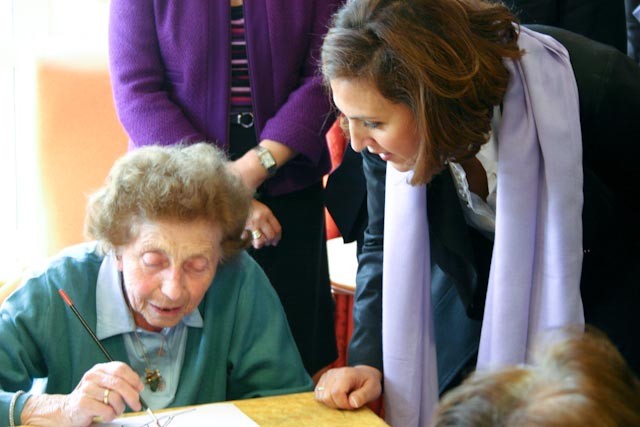 Risk factors and prevention of dementia and Alzheimer’s

Alzheimer’s disease is not strictly connected with just aging. At least 5% of total patients suffering with this condition are between 40 and 50 years old. In the US Alzheimer’s is the sixth leading cause of death, and patients diagnosed with this disease live an average of 4 to 20 years. Some risk factors that increase a person’s chance of developing a dementia such as smoking or consuming alcohol can be modified, in order to prevent or at least reduce the chance of developing this condition in later years. While age is the primary risk factor for dementia and Alzheimer’s, other risk factors include diabetes, hypertension and atherosclerosis, so a proper management of these conditions is of paramount importance. An early diagnosis is a very important step in Alzheimer’s prevention, as it can help treating at least some causes for symptoms, or delay the onset of the disease itself.

Nutritional approaches that focus on specific nutritional supplements such as anti-oxidants, vitamins, trace minerals and flavonoids proved to be effective strategies to slow or sometimes even halt the progression of disease. Some of the most promising nutritional supplements used in Alzheimer’s prevention include: omega-3 fatty acids (such as fish oil), antioxidants (especially Vitamin C and E), medium chain triglycerides (coconut oil), folates and vitamin B12, organic selenium and bioflavonoids (for example lipoic acid and β-carotene). Other specific foods and herbs like ginkgo biloba, huperzine A and turmeric are also under extensive investigation to determine their potential benefits for this condition.

None of the medications currently available can cure Alzheimer’s and dementia or stop their progression. Cholinesterase inhibitors (Aricept, Exelon, Razadyne) and memantine (Namenda) are the only drugs approved by the U.S. Food and Drug Administration (FDA) to treat the cognitive symptoms (such as the difficulties in thinking and reasoning, memory loss, confusion and lack of focus). Current FDA-approved Alzheimer’s drugs act by keeping the neural synapses intact. Synapses are small connection between neurons that help these cells establish a network of communication, to transport all the information required to think, act, remember things and perform every activity, from walking to eating and speaking. Alzheimer’s disrupts this process by killing neurons and destroying synapses, and these medications only help by masking and suppressing the symptoms of the underlying disease, without delaying or slowing it at all.

Physical exercise is often regarded as a new possible solution to help people who suffer from dementia to reduce their symptoms. Exercise programs in patients in the early stages of the disease can enhance general cognition, and can help in both AD and vascular dementia as they increase blood and oxygen flow in the brain, with a beneficial effect on brain cells and neurons. Changes in lifestyle that include both an appropriate dietary regimen and a proper exercise program, may also benefit the overall health, and help by reducing several underlying diseases that may act as either risk factors or aggravating conditions such as hypercholesterolemia, hypertension, atherosclerosis and diabetes.

Other possible alternative or supportive treatment include sleep changes management and behavioral therapy. A continuous non-strenuous mental activity, as well as maintaining strong social connections in aging people may help reduce the risk and effects of cognitive decline. As Alzheimer’s and dementia are often associated with mood swings and behavioral symptoms such as anxiety, agitation and depression, one of the most challenging aspects of AD’s treatments is to address the distressing effects of these changes. A correct approach includes evaluating and if possible, avoiding all possible triggers that can further worsen a patient’s conditions, such as sudden environment or daily routine changes, moving to a new residence or nursing home, perceiving one’s inability to perform everyday activities (like bathing, or dressing), and/or any other circumstance that could cause stress and emotional discomfort.

AD patients can also often suffer by sleeping disturbances, and may experience changes in their sleep schedule and patterns. Patients who find themselves unable to sleep may resort to wandering around, yell or call out at night, become restless or agitated at evening, and end up sleeping or at least feeling very drowsy during the day. Although this reversal of normal sleeping patterns is caused by the disruption of neural pathways within the brain that is peculiar of Alzheimer’s and dementia, sleep treatments aim to improve sleep routine by addressing several other conditions that might be contributing to the problem, such as sleep apnea, restless leg syndrome or depression. Most of these strategies help the patient sleep in a more inviting environment, and provide him or her with a more dependable daily schedule that help them avoiding nighttime sleep disruption. Maintaining regular times for meals and bedtime, avoiding substances that may act as stimulants like coffee, smoking and alcohol, encouraging regular physical activity and providing a proper pain management, also help the patient reach an improved level of emotional comfort that may ameliorate all his symptoms.