Babies are small human beings, but at the same time, we know they have a different perception as well as a different way to relate to the outside world if we compare them to adults. How do babies perceive and understand the world, and how much an infant can learn from his surroundings? Trying to explain this can be a bit difficult feat since there’s much about them we still don’t know. Nonetheless, we walked a long way towards reaching this goal since the beginning of the last century. Just like children ourselves, we’re taking our first steps into a deeper knowledge of the human nature through the newer pair of eyes that science provided us. Let’s give a look at the history of how we taught us about our own infants in their long journey towards adulthood.

Babies Development in the past

Through the last two centuries children were regarded as illogical and irrational, creatures who lacked any form of ethics, self-consciousness, and personal methods to learn and develop. Everything they will eventually know about the world’s functioning, they will eventually learn it from adults, being entirely devoid of any knowledge about the complexities of social interaction and logical thinking. During the 20th century, the discoveries of the embryologist Dr. Paul Flechsig about newborn’s nervous system led to the disastrously wrong idea that infants weren’t able to perceive pain. Newborns did not receive any form of anesthesia during surgical operations and were thought to be completely blind at birth like many other mammals.

Most of the early ideas about children’s ability to learn and know about things were summarized into fixed cognitive theories, the most famous of which were those produced by Jean Piaget (1896 – 1980) and Erik Erikson (1902 – 1994). Their theories defined a series of static stages through which the baby learned a series of precise “steps” of human development such as walking, talking, communicating and developing critical thinking skills. The first psychologists theorized that children thinking patterns were widely different from adult ones. Mostly, they learned about the world through direct interaction (usually by playing) or by watching and imitating adults’ behaviors. One of the wrong assumptions was that children had no personality to start with and that they only develop it through interactions with the environment. Thus, their personalities could be entirely shaped out by controlling the environment they lived in. However, today we know that albeit environment and interaction do have a major role in shaping a kid’s behavior and personality, children still possess all the power to contribute actively to their own development without any external intervention. 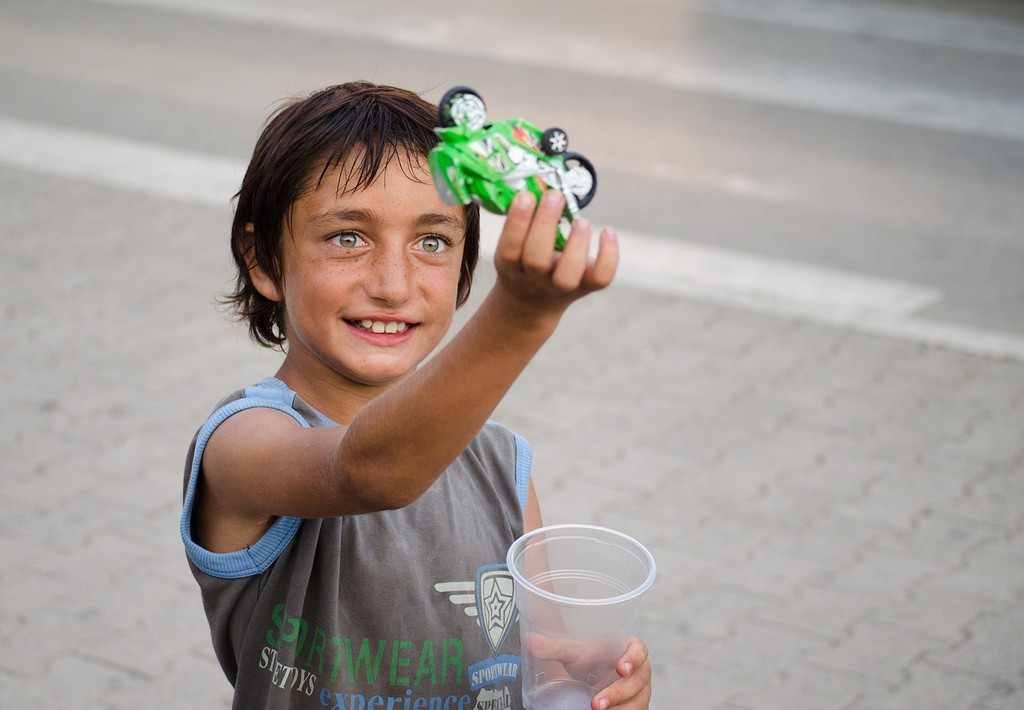 A study published in the scientific journal Nature in 1992, showed that 5-months-old infants possessed a rudimentary ability to perform basic mathematic operations proving that newborns are already able to think logically. When parents teach their children numbers, they’re not teaching them how to count as they already possess the innate ability to understand quantities, rather they’re just teaching them how numbers are called in their own language. Children are more than capable of showing empathy and do possess some very basic forms of morals, although they often have trouble looking things from another person’s perspective as they lack knowledge of all the social complexities of human relations. Newborns may still be incompetent in many fields such as walking or sitting without support, nonetheless, they do possess their own individuality and the ability to learn autonomously from their surroundings. They can recognize people faces from a distance by looking at them, and actively try to communicate by looking at their parents and then smile or cry. They’re just small and underdeveloped, yet true human beings, who already possess one of the most significant abilities so unique to our species: social interaction.

Just like their adults counterparts, some infants do possess better emotional and social abilities than others, while other are more oriented towards individualistic personalities. For example, some can briefly calm themselves when under stress by grabbing their preferred toy or sucking their thumbs, while other will just cry out loud looking for their mother’s help. Some babies do prefer the company of other children, and give warm smiles and laughs when they look to other kids, while other do not like being touched by unknown people, and will start crying or yelling in response. Caregivers do still play a critical role in their development, though. Children benefit from all kind of active encouragement from their closest relatives during their activities, while negative experiences will exert a strong influence on their development in the long term. Before a baby get admitted to a school, he or she already learned a lot of amazingly complex things such as walking, speaking and making sense of their surroundings and objects. Their inclination towards the world depends on the environment they lived in. If they were supported and loved by their family, they will have a positive approach towards the world, and will trust other people. If their caregivers didn’t give them attention or comfort, they would grow up harboring mistrust towards other beings. Their development process will be hampered and slowed as they will struggle to accept their teachers’ role.

Modern education is considered as a form of “collaboration” between the child and his caregiver, whose primary purpose is to encourage his progress through the various steps of learning. The adult’s role is to strengthen the positive aspects of the baby’s personality and stimulate him to focus on them, engaging their interest towards meaningful activities and experiences. The caregivers should provide a “learning framework” that will help the baby positively interact with his surroundings with his own methods, mostly pointing him in the “right direction” to learn things in the most productive way. Children are now viewed as active partners in their own development, in order to help them build a stable and autonomous personality, strengthen their ability to build positive relationships with their peers, fuel their imagination and critical thinking ability as well as their self-confidence. Each child is seen as a unique individual who will meet various developmental milestones in a flexible way. Just like adults, every baby may have a different predisposition towards reaching specific goals such developing the ability to manipulate complex objects, learn to read, write and draw, solve problems through critical thinking, or achieve an adequate emotional development.

All past’s rigidity and inflexibility about educational techniques and learning development have been made obsolete by today’s deep understanding of how children’s mind works. Just like in adults, children’s brain shares all the outstanding features that make human mind so unique, and, for this reason, a flexible approach is the only one that can successfully try to understand it. And yet we, as adults, keep learning up to today about our own human nature by observing children, their behavior and, most of all, their development.

Schaffer, H. R., & Emerson, P. E. (1964). The development of social attachments in infancy. Monographs of the Society for Research in Child Development, 1-77.

Be the first to comment on "Babies: Perception, Learning and Understanding the World"