In the last few decades, artificial sweeteners have been extensively used as a substitute for sugar by people who want to lose weight. But what if instead of helping you get slimmer, they make you even fatter instead? A comprehensive study published in the journal Cell Metabolism provided a better overview of the reasons why these substances might increase your appetite and actually eat more.

High-intensity sweeteners are sugar substitutes that should reduce the calorie content of a given food or beverage while achieving the same level of sweetness. These substances artificially enhance the flavor of foods without increasing blood sugar levels and are used both by diabetic patients and by those who want to lose weight by following dietary restrictions. The six artificial sweeteners currently approved by the U.S. Food and Drug Administration (FDA) are acesulfame potassium (Ace-K), saccharin, aspartame, sucralose, advantame, and neotame. Foods and beverages that use them instead of normal sugar (sucrose) are usually advertised as “diet” or “sugar-free” products. 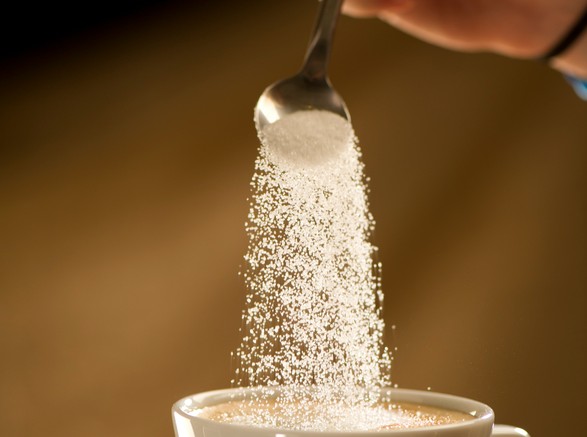 The results of the new study

Researchers from the Garvan Institute of Medical Research and the University of Sydney discovered a new brain region that detects and integrates the energy content of food and its sweetness. The research team found that animals that ate food sweetened with sucralose (a substance 650 times sweeter than sugar) for more than five days, felt hungrier and consequently consumed much more food. The brain can, in fact, alter taste perceptions in order to regulate the appetite. When sweetness is much higher than the energy content of food eaten (i.e. its caloric content), the brain needs to recalibrate this balance by increasing the amount of total calory consumed. In the above experiment, when fruit flies who ate artificially sweetened food subsequently received normal food again, they consumed 30% more calories than before.

The scientists investigated this matter even further. They mapped a neural network that triggers when the animal does not consume enough energy. This pathway is part of a conserved starvation response, and it actually increases the animal’s motivation to eat more food by increasing the sweet intensity of real sugar, making it more palatable since it tastes better. Prof. Herbert Herzog tried the same experiment with mammals and exposed his mice to a sucralose-sweetened diet for 7 days. The animals increased their food consumption accordingly, and the same neuronal network was activated.

“Sugar-free” drinks and foods are all but inert, and can do more than just change the animal’s perception of sweetness. The study found a link between consumption high-intensity sweeteners and decreased sleep quality, insomnia, and hyperactivity, similarly to what happens in subjects in a mild state of starvation. The new findings may suggest that these “diet” substances may increase the risk of obesity instead of reducing it, especially in individuals seeking for effective weight control strategies.

As usual, the best advice to lose some excess weight is to couple any dietary change with a healthy amount of physical activity. Grabbing some trekking equipment and going for a stroll through a forest or a mountain is a substantially more effective intervention than substituting a tablespoon of sugar with a stevia sachet.

Be the first to comment on "Are artificial sweeteners promoting weight gain instead of weight loss?"