The main risk associated with Xarelto (rivaroxaban) is uncontrolled bleeding, so employing some effective safety precautions is of paramount importance for all patients taking this medication. If you are taking this drug to treat or prevent conditions such as Atrial Fibrillation (AFib), Pulmonary Embolism (PE), Deep Vein Thrombosis (DVT), or as a prophylaxis against stroke and blood clots, you should be adequately warned about the risks associated with this medication. Depending on what your condition is, you may need to take this drug for a defined period (usually for 2-6 weeks) or indefinitely for the rest of your life. Always read through the drug label information to know all the side effects and contraindications of this medication, and check with your doctor or pharmacist in case of any side effect or adverse reaction.

However, a few simple precautions can go a long way in minimizing the risks associated with this medication, such as the life-threatening uncontrolled bleeding, hemorrhoids, gum bleeding, and gastrointestinal or internal hemorrhages. All patients should be wary about even the smallest bleeding: the lack of a proper reversal method (antidote) could transform even a simple knife cut into a hemorrhage, requiring emergency intervention. This guide will provide you some basic information on how to reduce the risk of transforming a minor trauma into a deadly accident. 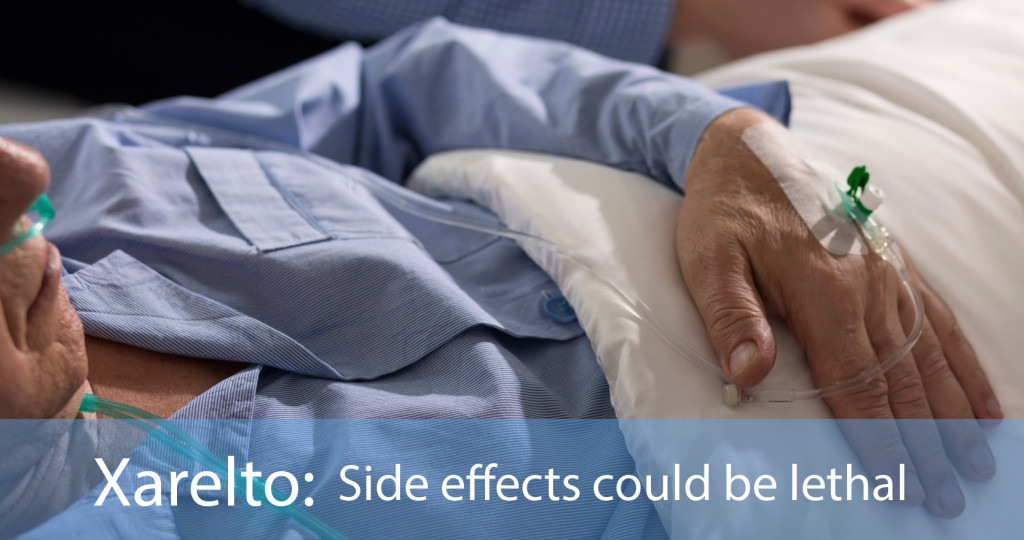 Some simple basic tips can go a long way in reducing the risk of bleeding accidents. This section includes mostly simple bits of advice and common Xarelto bleeding precautions you should employ during day-to-day activities. Even the simplest safety measure may save you from an emergency room rush!

Other than simple bleeding precautions tips, it is of the utmost importance to know how to avoid the more dangerous risks. Rivaroxaban is, in fact, a potentially harmful medication. Because of that, FDA issued a specific black label to warn patients about its dangers. You should always read carefully the medicine’s label, and talk with your doctor or pharmacist whenever you’re in doubt or find something that’s not clear.

This blood thinner is contraindicated whenever a patient suffers from one of the conditions described below. Always check with your doctor whenever one of these conditions present even later during treatment.

We are sure that after reading this guide, you will know how to avoid taking unnecessary risks while taking Xarelto. However, even if you have always been careful, accidents may still happen. Here is a list of the most common symptoms you should be alarmed about as they may reveal a hidden bleeding. This does not mean that every time you have a headache you should call 911, but if you suddenly start to feel fatigued without reason, and the headache doesn’t just disappear after a few hours, then you should call your doctor and talk to him about your symptoms.

Avoiding dangerous drug interactions is one of the most important basic precautions you should always follow. Due to its peculiar mechanism of action, rivaroxaban may, in fact, interact with several other substances including over-the-counter medications and herbal remedies. Although the list of possible interactions is way too long, we only aim at providing the most basic and known Xarelto drug interactions to help you minimize the risks. For a complete list of potential interactions with other medications and substances, you should ask your pharmacist or check the medication’s label.