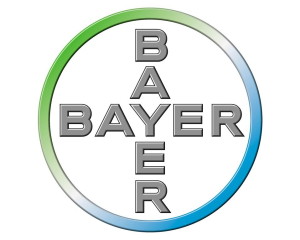 In November of 2011, the use of a new anti-coagulation medication used in patient’s suffering from atrial fibrillation (AF) was approved by the Food and Drug Administration (FDA). Symptoms of AF are irregular heartbeat and palpitations. There is an increased risk in heart disease and strokes in patients suffering from AF. In January of 2012, after being diagnosed with AF, William Packard took an appointment with his doctor regarding the use of the latest medication.

Mr. Packard’s physician believed the new medication may have improved his patient’s conditions since it didn’t require the continuous blood tests he had to take with his previous therapy. Within six months since he started the new treatment Mr. Packard started being affected by many episodes of confusion and excruciating headaches. He was quickly brought to a hospital where doctors found he had a subdural hemorrhaging caused by a bleeding occurred outside of the brain. Despite emergency treatment was administered to stop the hemorrhage, Mr. Packard died just five days after he was hospitalized.

A few months later, Thomas Dunkley was prescribed by his doctor the same new anticoagulant medicine for the treatment of his AF. Just a couple of weeks later, the headaches hit Mr. Dunkley as well. He had to endure the excruciating pain for less than a week before he died.

The new anti-coagulant medication that was prescribed was Xarelto (rivaroxaban).

Xarelto a new form of anti-coagulants that has been associated with lethal bleeding with no reversal agent. Antidotes are crucial in during bleeding events. Unlike its competitors such as Warfarin, Xarelto cannot be safely removed from a patient’s body through dialysis and its effect cannot be reversed. Bayer was well-aware of the serious threats posed by its new drug but never warned the public about them. Why this pharmaceutical giant never mentioned  something so critical? Were Bayer  and its partner Janssen Pharmaceutical corrupt or lazy when they choose to keep engaging their vast advertisement campaign?

Despite the millions earned by the sales of Xarelto, today Bayer is facing an impressive amount of wrongful death and injury lawsuits. Bayer’s major defense relies on just two clinical researches, and they were both paid by either the same Bayer or Janssen. The first one was a large clinical trial named ROCKET-AF, which was published in 2011 in the New England Journal of Medicine. Warfarin was compared to Xarelto to measure their effectiveness in treating atrial fibrillation and preventing stroke. Researchers concluded that the two drugs showed no substantial differences in bleeding rates and risks.
[wp_ad_camp_3]
In 2012, scientists paid by the Big Pharma concluded the second trial, the EINSTEIN-PE. This study compared Xarelto to another famous blood thinner, a low-molecular-weight heparin called Enoxaparin Sodium. Evidence found in the study showed that rivaroxaban was linked to a higher risk of major bleeding accidents compared to Enoxaparin. However, neither one of the studies mentioned a critical aspect of the drug’s manufacturing. No antidote was, in fact, available and it’s quite alarming (if not preposterous) that the drugmakers knew nothing about rivaroxaban’s serious dangers. Janssen and Bayer keep recommending and praising Xarelto, even if their product may be responsible for at least two thousands of bleeding accidents just in 2013. The families of the patients who died keep claiming that the companies knew about those risks and intentionally withheld this information from the public to avoid a substantial loss of profit.