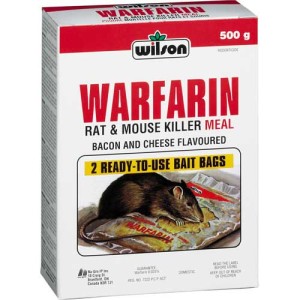 Is Xarelto (rivaroxaban) safer and more effective than its older competitor Warfarin, or it’s just more dangerous? Recently, various players in the pharmaceutical sector have introduced a brand new line of anticoagulant drugs (also known as “blood thinners”) that have guaranteed to make life much easier for physicians who treat patients at risk for stroke. A stroke is the consequence of a blood clot that cuts off blood supply to the brain, and can lead to permanent injury and maybe even death.

For decades, the conventional medication used to prevent clotting was a type of rat poison called Warfarin. It is derived from a material called coumarin, a biochemical seen in woodruff and sweet clover (which gives these plants their agreeable scent). The Food and Drug Administration (FDA) approved this older blood thinner in 1954, to help lower the chance of blood clots leading to stroke for the more than 2 million Americans who have an abnormal heart rhythm called atrial fibrillation. For many years Warfarin (Coumadin) was the only medication available, even if its safety profile was somewhat sub-optimal.

The drawback of this first anticoagulant is that it needs constant patient monitoring, due to the variety of possible interactions with other drugs too, as well as certain foods (such as leafy greens, or those that include high rates of Vitamin K). A high dose of Vitamin K could, in fact, prevent the drug from being effective, as it interfered with his pharmacological mechanism of action. On the other hand, this same vitamin represented the only way a potential hemorrhaging even could be controlled. The dosage of Warfarin sodium required a personalized titration and had to be individualized for every single patient through a constant monitoring of their international normalized ratio INR. INR measures the time required for blood to clot and represents the patient’s response to a given dosage of the drug. Patients need to continuously check their INR to determine the most appropriate dosage, usually by performing a routinary check in a specialized blood clinic.

The main advantage of using the brand new Factor Xa inhibitors as Xarelto (also known as Novel Oral Anticoagulants – NOACs) is that there are relatively few interactions – and hence, less expensive patient observation is required. If an uncontrolled bleeding accident does occur, however, there is absolutely no effective method to stop it. The reason that makes them easier to be used is the same one that makes them dangerous. No Vitamin K interaction means, in fact, that there’s no antidote to reverse their effects. The only viable clinical strategy is to wait for the medication to be flushed out from the patient’s body while providing him with fresh new blood. Even emergency dialysis isn’t, in fact, able to get the drug out of the patient’s body. Even a slight bulge on the head can be deadly.

However, the constant monitoring required by Warfarin, although annoying, represents an effective and viable resource to ensure a patient’s safety. All blood thinners do possess a very low therapeutic index. This means that the difference between an effective dose and a toxic one is very small. Continuous checking of the medication’s plasma levels allows physicians to prevent any adverse reaction that may be caused by accidental overdosing or accumulation of the drug within the patient’s body. The “one-size-fits-all” dosage used with Xarelto and the lack of proper monitoring instead, expose patients to additional risks. From a physiological point of view, there’s a huge difference between a large 220 lbs male patient and a smaller 90 lbs female one. Similarly, an elderly patient’s kidneys can flush out the drug at a much lower rate that a younger patient’s one, increasing the risk for a life-threatening Xarelto uncontrolled bleeding.

The differences between Warfarin and Xarelto

Here are the key differences between the two blood thinners that have become so popular.

2. Dosage. For stroke risk reduction, the typical dose of Xarelto is 20 milligrams once a day, taken with the evening meal, based on WebMD. The optimal dosage of Warfarin can depend on diet, age and combination with other drugs and varies from person to person. “The dosing is delicate,” said WebMD. “Give too much, and the risk of bleeding rises, sometimes alarmingly. Give too little, along with the stroke risk stays.” The longer half-life of Warfarin also means that this drug could accumulate in the body, while Xarelto only needs a “one-size-fits-all” dosage once every 24 hours.

3. Cost. Xarelto is more expensive for all those without insurance. But since insurance usually covers this drug, for those with coverage the price differences would be minimal. In some instances, the out-of-pocket price for the newer blood thinner is lower than Warfarin.

4. Bleeding. Warfarin carries a risk of brain hemorrhage, which is uncommon but fatal. Although significant bleeding events occur less frequently when taking Xarelto than with warfarin, they could happen. Luckily the serum half-life of rivaroxaban is comparatively brief — five to nine hours — so its effect will vanish within about 24 hours. Rivaroxaban and the other NOACs are usually linked with gastrointestinal bleedings.

5. Dietary issues. Patients on warfarin must get blood tests at least monthly and watch out for their consumption of Vitamin K. As previously stated, this nutrient that could, in fact, lessen the effectiveness of Warfarin and can be found in leafy green vegetables like spinach, chard, and kale. No dietary dilemmas are found with Xarelto.

6. Hips and knees. In studies on hip and knee replacement patients, patients taking Xarelto showed a lower risk of lower limb clotting issues than those on other blood thinner therapies including Warfarin.